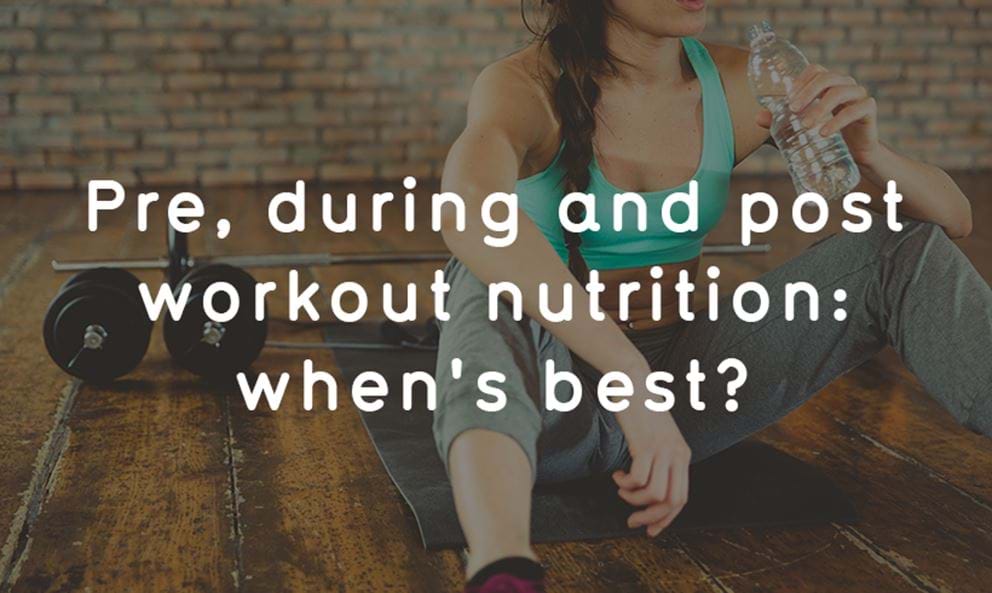 If you’ve been training for any amount of time, or even if you’ve just been doing a bit of casual research before getting started, you’ve probably come across the concepts of pre and post workout meals.

First thing’s first – the basic point of a pre-workout meal is to fuel your body for optimum performance.

There’s no point entering a sporting competition, or trying to set a new squat PR, if you’re too malnourished and weak to perform.

The question about pre-workout meals usually comes down to: what should you eat before training?

One 2014 study published in the Journal of the International Society of Sports Nutrition focused on this question in depth.

Here’s what they found:

So to break this down, eating a decent amount of protein with your pre-workout meal not only gives you more energy during the workout than a pure carb-up, but it also potentially improves recovery.

The downside? You might feel sick. But all things being equal, it’s probably worth it.

If you don’t feel like eating a steak or an omelette before working out, it may be worthwhile taking a BCAA supplement, especially if you’re fasting. Studies have shown that leucine – one of the amino acids includes in BCAA supplements – signals the body that protein is available, and prevents the breakdown of muscle tissue.[1]

And if you’re after an added energy kick, brew yourself a coffee. Aside from perking you up mentally, research has shown caffeine to increase power output and endurance during physical exertion.[2]

One common idea is that there’s a special time-sensitive window right after training, where your body is in a heightened anabolic (muscle-building) state and where any protein you feed it will boost muscle and strength growth significantly.

Is it true? Well, the science is inconclusive.

A 2012 analysis, also published in the Journal of the International Society of Sports Nutrition[3], showed that some research supported the idea of the “anabolic benefits” of a post-workout meal, while other research showed no benefit.

As the study’s authors point out, “The hypothesis is based largely on the pre-supposition that training is carried out in a fasted state.”

Food takes time to digest, and it seems that having a decent pre-workout meal will keep amino acid blood and muscle levels boosted by 130% for around two hours after training. In this case, a post-workout meal isn’t a big deal at all.

If, on the other hand, you allow a long gap between your last meal and your workout, or train while fasting, the post-workout meal can be an important way to raise your amino acid levels.

If you’re going to have a post-workout meal, though, eat some protein along with some carbs, as this seems to increase the anabolic effect.

Eating a meal during a workout is a write-off, but how about all those sports drinks and gallon water bottled people take into the gym?

For those short workouts, a little water is all you need, and you can probably quite easily do without even that.

The debate for endurance athletes often comes down to whether water or sports drinks are better.

According to some experts, sports drinks come out on top, as they help to keep your electrolyte levels raised, and avoid a potentially lethal problem known as water intoxication.[4]

Actual dehydration during endurance sport is rare. Water intoxication – where excess water intake dilutes sodium in the body to dangerous levels – is much more common.

Creatine is not a “food,” but rather an acid found in certain foods such as red meat, salmon, and tuna, as well as being produced in your body by the liver.

Supplementing with creatine has been scientifically demonstrated, time and again, to improve strength and performance during physical exertion significantly.[5]

In case you didn't know, we offer great discounts to our members on a variety of fitness and supplement products. From multi-pack bundles to workout tops and premium shaker bottles, we have combined the most loved fitness brands under one roof for your convenience and to help you reach your fitness goals. These are available to purchase online at our PureGym shop in the Members Area of our website. Selected products are also available at our gyms vending machines. Explore our range and make some great savings of up to £80+ today.