Which is the Best Alternative to Butter? 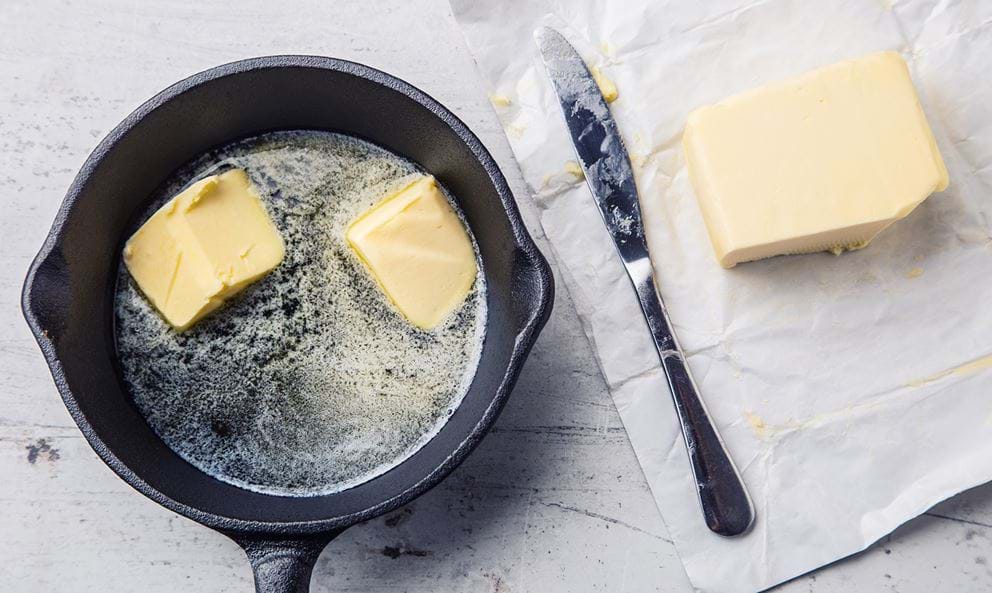 Butter hasn’t had a whole lot of great press in the last few decades, mostly due to its high saturated fat and cholesterol content.

A lot of the anti-dietary-cholesterol terror of the past has been debunked, with groups such as Heart UK openly acknowledging findings that dietary cholesterol seems not to be significantly linked to blood cholesterol levels.

In any case, dietary recommendations from heart health groups and government panels alike still widely advise against getting too much saturated fat in your diet.

Aside from the matter of saturated fat, butter is also a dairy product. While butter contains very little protein and carbohydrate — meaning it’s generally well tolerated by people who have a problem with dairy — vegans may still wish to avoid it.

Here’s some info on identifying the best alternatives to butter.

Butter is almost all fat, and butter alternatives typically are, too. The chief difference will tend to be what proportion of the fat is saturated vs monounsaturated or polyunsaturated.

Here’s a comparison of two popular butter brands, and one leading butter alternative, for comparison.

Branded butter alternatives will tend to include combinations of different oils. Here are a few examples of such oils.

Olive oil might not come to mind immediately as a “butter alternative” since it doesn’t spread and has a different consistency to butter.

It is common in Mediterranean countries, however, to drizzle olive oil over bread as a topping, and a 2018 Australian study even found that extra virgin olive oil was the most heat-stable of all oils tested for frying.

Olive oil is primarily made up of monounsaturated fats, and studies have found it to have numerous health benefits, including strong anti-inflammatory properties.

Coconut oil is almost all saturated fat, but as it’s completely plant-based, it’s suitable for vegans.

Coconut oil can be spread similarly to butter due to its high saturated fat content, and is often used in cooking as a heat-stable fat with a tropical flavour.

Research has also found evidence that coconut oil may be helpful in promoting weight loss, among other things.

Sunflower oil is one of the most popular vegetable oils in use and is primarily made up of polyunsaturated fat. It’s rich in vitamin E and is often touted for its health benefits.

Nonetheless, sunflower oil is high in Omega 6 fatty acids, which are already overly abundant in modern diets. Polyunsaturated fat, such as that found in sunflower oil, is also easily oxidised, which means it’s relatively unstable and may produce toxic by-products.

This is worrying, as the fats we eat are integrated into the structures of our bodies.

Some research has suggested a connection between polyunsaturated fat oxidation and diseases of the central nervous system. So this may be one you want to avoid.