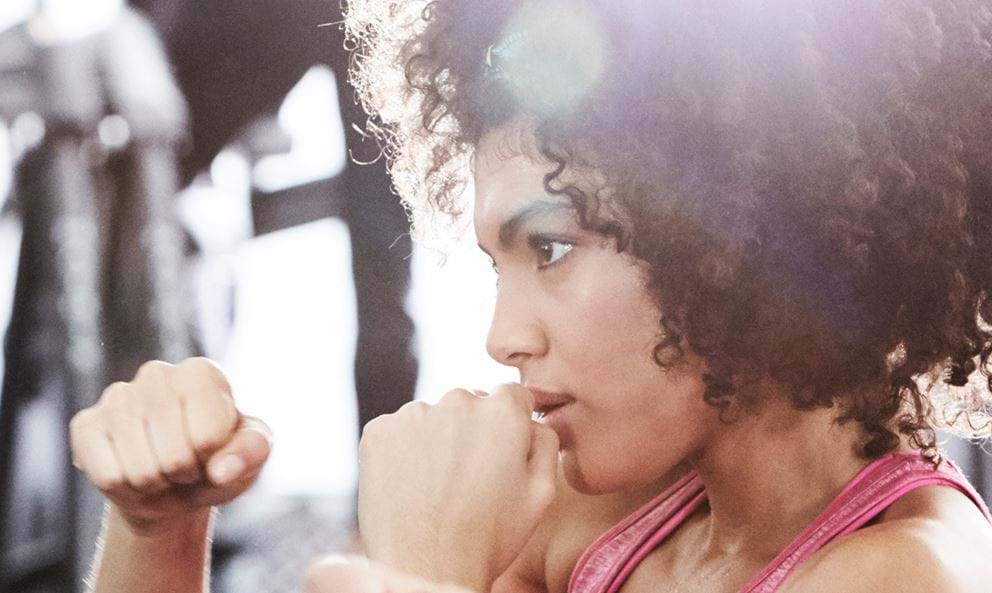 It’s impossible to deny that boxers are some of the fittest and toughest athletes out there. Not only does their job involve dishing out – and taking – enormous punishment, it also requires agility, dexterity, technical ability, strength, and of course, conditioning.

A title fight in boxing lasts for 12 rounds at three minutes per round – that’s a gruelling 36 minutes of punishment. It wasn’t too long ago that 15 round fights were the norm, but they slowly phased out as the fighting game became more mainstream. By comparison, a Mixed-Martial-Arts (MMA) fight will only last for five rounds at five minutes each – less than half of what a boxer faces.

There’s something about the way boxers train that has been captivating people’s imaginations for decades. There’s a reason why the original Rocky film was such a hit, and why spin-offs and sequels are still being made even today. Hitting your own training montage workouts; dragging sledges and chopping logs in the snow, and running through town in the early hours of the morning just seems… cool.

Here’s a look at what it means to train like a boxer.

"The fight is won or lost far away from the witnesses, behind the lines, in the gym and out there on the road, long before I dance under those lights." — Muhammad Ali

“Who do you know in this room who has turned their life around? I bet they did the roadwork, and the greatest thing about the roadwork is how it positively affects your confidence, then gives you that ability to dig deeper and perform in high-pressure situations” — Sugar Ray Leonard

“Roadwork” is the term boxers traditionally use for the gruelling runs that are at the heart of endurance training for the sport.

The famous heavyweight and “greatest boxer of all time” contender, Rocky Marciano, would apparently run for a minimum of 7-miles each morning, including on Christmas day.

This kind of training has historically been completely aerobic, and was about as straightforward as you could imagine. You run for a long enough distance, you run at a consistent, tiring pace, and you push through to the end.

As simple as it may be, aerobic roadwork has been a staple for many of the greatest boxers in history. Don’t make the mistake of thinking that you should skip your aerobic roadwork for anaerobic HIIT sessions, either.

HIIT is powerful in its own right, but it doesn’t necessarily do the same things for your body that steady-state cardio does. At least one study1 from 2015 found that moderate-intensity cardio led to greater improvements in overall cardiovascular fitness than HIIT.

Strength training for boxing has traditionally focused on bodyweight workouts. Mike Tyson famously talked about doing thousands of sit-ups in one go. In fact, for a long time, weights were strictly looked down on in boxing circles since they were thought to make the fighters slow.

Even today, you’ll find plenty of purists who argue that all strength training for boxers should be based around high-rep bodyweight workouts in order to maintain speed and “snap” in the punches.

Here are a couple of potential benefits of high-rep bodyweight training:

When you’re moving your body through different spatial planes, against its own weight, while also coordinating the movements of each muscle group, your balance and spatial awareness improves. A major part of boxing is balance, timing, and the ability to shift your centre of gravity efficiently.

A boxer needs to have the endurance to go the distance, keep his hands up, and keep throwing punches over the course of a long fight. Low-rep high-weight training will mostly condition the muscles to work intensely for short bursts of time.

High-rep training, however, will build endurance and impact how often you can repeat the same movement before becoming overly fatigued.

Plenty of unloading on the heavy bag

If there’s a part of every boxer’s training which is essentially HIIT, it’s probably working the heavy bag. Every boxer, from Jack Dempsey in the early days of the sport, to Tyson Fury today, will spend a good amount of time pounding the heavy bag during training.

Heavy bag work helps to make the moves automatic. The sway of the bag helps with timing and footwork. The effort also helps to get the boxer used to throwing clean punches while tired.

There are different ways to use the heavy bag, but often you’ll want to unload your hardest hits, with good form, and keep going through the fatigue for 3-minute rounds.

For anyone who’s interested in reaping the fitness-related benefits of boxing without wanting to step into a ring competitively, why not try a fitness-focused boxing class instead? At PureGym classes are included in your membership and we offer a variety of fitness classes to allow your workouts to be fun and varied.