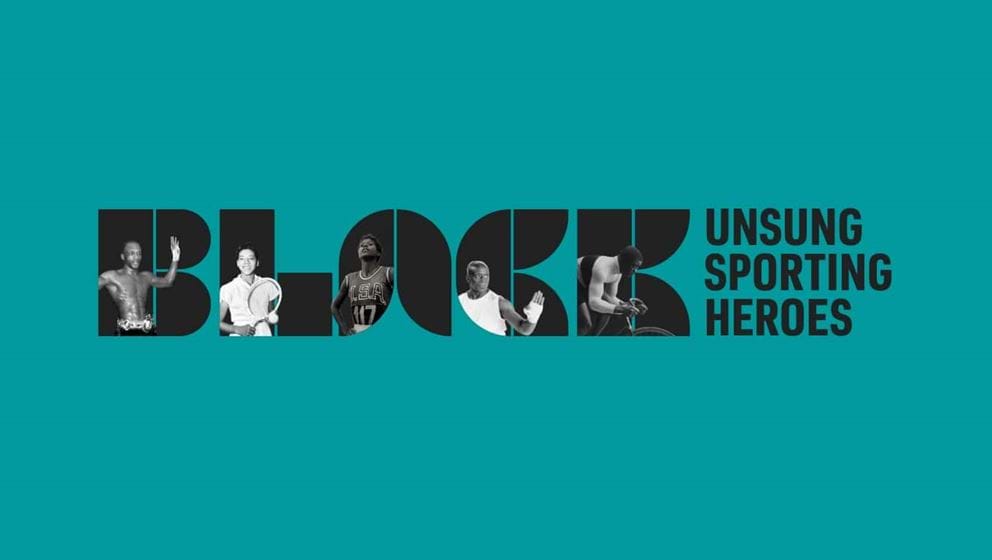 Marshall Taylor nicknamed “Major” (1878-1932) was the world’s first black professional cyclist and in 1899 became the second ever black World Champion in any sport.

During a time of strict racial segregation, Major Taylor had to fight prejudice just to get on the start line.

He wasn’t permitted to compete in Southern states against white athletes and when he was allowed to race, he faced further injustice on the track. Many white riders would refuse to race against him, and those that did would target him; scattering nails in front of his wheels or boxing him in to prevent him from sprints to the front of the pack.

Despite all this, Major Taylor was a pioneer for black athletes in sport. He went on to set seven cycling world records and became the world cycling champion in 1899 and American sprint champion in 1900.

In her early years playing tennis, racist policies meant that she was only allowed to compete against other black players and barred from the tournament now known as the U.S Open.

But she didn’t let this stop her. Althea continued to excel in the world of tennis and in 1950 was invited by the organisers to compete. Six years later she became the first black player to win a Grand Slam title at the French Open.

Althea went on to win 56 career titles and 11 Grand Slams and continued to be a trailblazer, inspiring black athletes to follow in her footsteps for years to come – with Serena Williams hailing Althea Gibson as her most important pioneer.

Jamaican-born Bunny Johnson (1947) is a boxing sensation who became the first black man to win the British Heavyweight title in 1975.

But in his early years, he had to battle to get in the ring. After moving to the U.K from Jamaica aged 16, he set his sights on becoming the first black champion of Great Britain. But, despite naturally sitting in the light-heavyweight division, he wasn’t always able to get fights as organisers told him there wasn’t as much support for black boxers.

Bunny decided to move up to the heavyweight category and “take what comes my way”. He went on to have a successful career as a heavyweight, taking the British title in 1975 after knocking out his opponent, Danny McAlinden, in nine rounds.

He then went on to take the light-heavyweight title in 1977 and many other achievements spanning 13 years and 73 fights.

Sprinter Wilma Rudolph (1940-1994) is one of the greatest female track athletes of all time. But in her early years, doctors told her that she would never walk again.

After contracting polio at the age of 5, Wilma lost the strength in her left leg and foot. She wore a leg brace until the age of 12 but she defied the odds and went on to become the fastest woman in the world and the first American woman to win three gold medals in track and field during a single Olympic Games in 1960.

Despite her incredible achievements, Wilma still faced racial discrimination throughout her career but was dedicated to using her platform to shed light on these issues.

After returning to the USA after the 1960 Olympic Games as the world’s fastest woman, she refused to attend her homecoming parade if it wasn’t integrated. This became the first integrated event in her hometown.

Shortly after her Olympic success, Wilma retired (1962) at the height of her career. She decided to focus on her degree in education so that she could inspire children across the USA, working at different sporting facilities.

She was a true inspiration not just for young black women but young women everywhere, for her determination to overcome her personal health struggles and as a trailblazer for challenging racial inequality.

Inspired by Bruce Lee as a kid, Billy decided to take up karate as a teenager and was determined to prove everyone who had ever told him “You’re never gonna make it” wrong.

After retiring from Karate, Billy created Tae Bo. The high-energy fusion of martial arts and boxing to upbeat music was his answer to help people stay active and support women who wanted to try karate but were intimidated by typical karate dojos.

In the late ‘90s Tae Bo exercise tapes blew up and Billy became a fitness sensation. He went on to sell 120 million copies and changed the shape of the fitness industry, becoming one of the first black men in the USA recognised for his fitness expertise in the media.

Jesse Owens (1913-1980) was a track and field star who became the first and only athlete to ever set three world records and one world equalling record within the space of 45 minutes.

He then went on to compete in the 1936 Olympic Games in Berlin, during the time of Adolf Hitlers reign - determined to prove the Nazi ideology of “Aryan race” wrong.

Even after his success, the U.S government refused to acknowledge the achievements of Jesse and his fellow black teammates, withholding congratulatory telegrams and invitations to the white house like their white teammates received.

Despite the prejudices Jesse had to overcome his outlook was inspiring, sharing: “Find the good. It’s all around you. Find it, showcase it and you’ll start believing it.”

Jesse’s achievements made history. His record of 4 gold medals by any track and field athlete in a single Olympic Games was not equalled for another 48 years.

Knowing that the past shapes the future, we were inspired by these incredible athletes from all different walks of life; all united in pushing through racial injustice to change the world.

Our Black History Month campaign forms part of our work with our Employee Network Groups, bringing together employees from across the business to allow us to hear from different voices and help them share their unique experiences, perspectives, and ideas.

Read more about this campaign here.